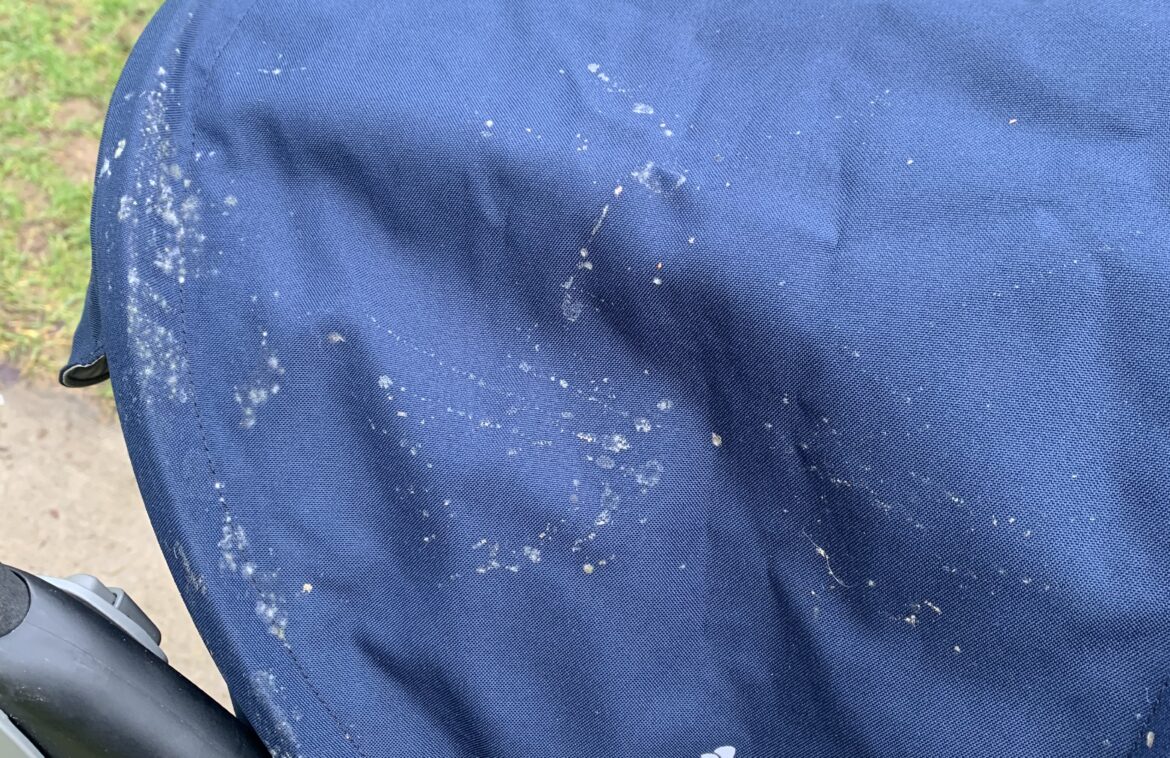 Too many times do we hear that a parent or caregiver has lovingly stored a buggy or car seat to later get it out and discover it’s covered in mould! It’s usually at this stage that we get a call asking for help!

Not only is mould unsightly and a pain to remove, but it can also be dangerous. It’s really important to tackle the mould as soon as it’s spotted to ensure your buggy is safe for your little one.

But what exactly is mould?

Mould is a type of fungus. It is found in lots of places but particularly likes the damp and dark. As it grows, its spores can get released into the air and if breathed in can cause problems, particularly to those more sensitive or who have a weaker immune system and lungs – such as babies.

Well, pushchairs and prams are often stored and left in places such as sheds and garages, lofts, and in car boots for long periods of time. These areas are most often dark and often damp – an environment where mould thrives. Or it might be that the buggy was a little damp itself when put away either from the rain or a food or drink spillage.

So what can you do to avoid mould on your buggy?

Before you store your pushchair give it a wipe down with an anti-bacterial spray – Milton do a great child-friendly one.

Check the area that you plan to store the pram in – are there any signs of damp? That’s not to say you can’t store your buggy here, as there might not be an alternative, it just means you need to make extra precautions to ensure your buggy is mould free when you next want to use it.

If storing on the floor, place down a plastic sheet so that any moisture from the floor has less chance of making contact with the pram. It might also be worth covering the buggy with a plastic sheet or wrapping with a bin bag if there’s a chance it might get dripped on.

Before storing, give your pushchair a thorough once over, make sure there is no moisture present, clean up any food and drink spillages, and dry off any rain drops or condensation.

Once in storage we recommend that you take it out for an airing and check on it regularly. This way you can spot any mould and take action before it spreads. Let’s not forget that buggies are expensive pieces of kit so it’s worth taking the time to store them correctly.

Don’t fret. While it’s a pain to remove, mould can be safely cleaned off and your equipment can be reused. This is where we can help! Mould removal is included within our six step buggy clean. Of course, you may wish to attempt to remove it yourself before calling in our help so we would advise that this is done outside to ensure that any mould spores aren’t easily breathed in and that you wear a mask and gloves.

Firstly give the pram a good brush down to rid of any mould growth. Depending on the type of mould – for example, white is easier to get rid of than black – you might find that laundering the fabric does most of the job. We always hand launder but if the instructions on the fabric say so, you may want to machine wash.

Once washed, you’ll likely find that at least some of the mould remains. There are a few options for removal from lemon juice, vinegar to a stronger chlorine solution – work through them in that order until you get a result and if all else fails, or you’re not confident to tackle this yourself, give us a call!

It’s really important that all mould is eradicated before your baby or toddler is next placed in the equipment. If you do decide to remove the mould at home, make sure to check every nook and cranny, and once the buggy is cleaned, check it regularly – mould has a habit of reappearing.

If you do spot mould please don’t panic, we appreciate as a mum, dad or caregiver it is second nature to worry about our little ones. By following the correct methods the pushchair or car seat can be cleaned and sanitised and safe for your loved one to use again.